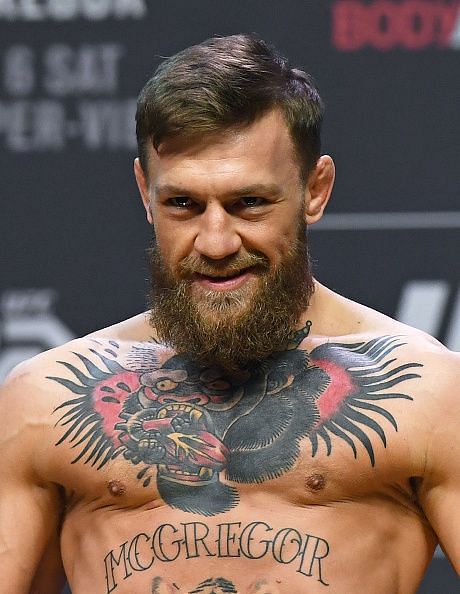 history of the UFC and the sport. Four out of the six best selling UFC pay-per-view events featured

Conor McGregor on the fight card. 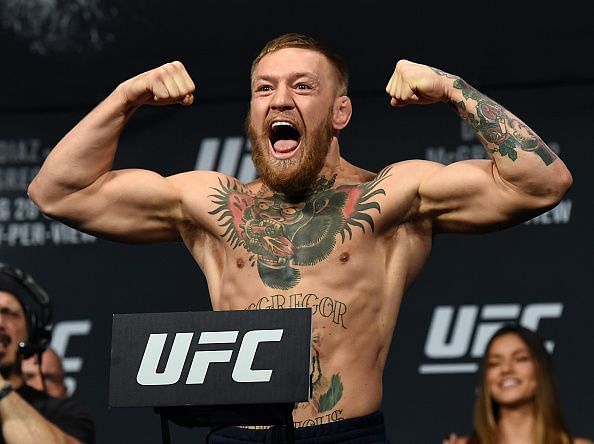 Conor McGregor was born in Dublin, Ireland and found a love for football and boxing at a comparatively young age. Although he began a plumbing apprenticeship, Conor McGregor would be introduced into the fight world by Tom Egan.

Conor McGregor began fighting at the Ring of Truth promotion in Ireland before turning professional, winning the CWFC Featherweight and Lightweight Championships. Dana White went to Dublin, where he was approached to sign Conor McGregor and he ended up eventually doing so.

Conor McGregor is one of the most celebrated fighters in the history of UFC, with a string of accolades to his name. At UFC 194, Conor McGregor defeated Jose Aldo in thirteen seconds into the first round, to score the quickest victory in a UFC title fight.

and become the first two division champion in the entire history of the promotion. Conor McGregor’s fight in UFC 229 is the biggest in history, in terms of pay-per-view buys.

Not content with a career in the UFC, Conor McGregor took on Floyd ‘Money’ Mayweather in one of the biggest fights in history. Even though Conor McGregor lost the fight, the pay-per-view had 4.3 million buys in North America, which was the second biggest number ever. The fight was stopped in the tenth round. 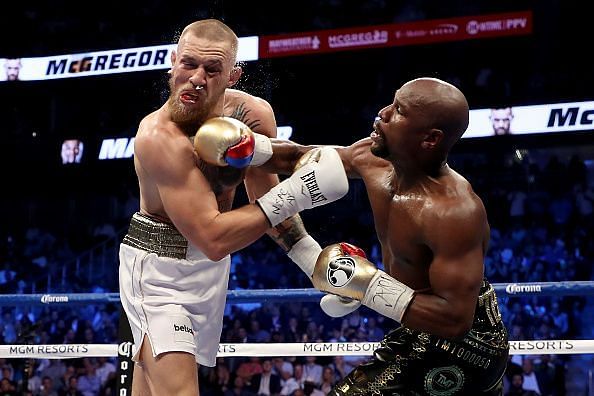 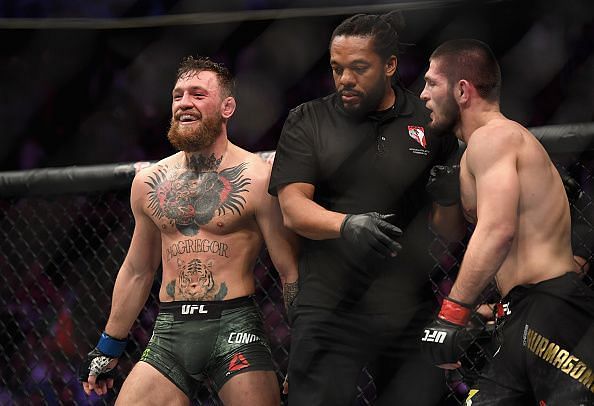 Below is the MMA and UFC professional record of Conor Anthony McGregor:

Conor McGregor has been in a relationship with Dee Devlin since 2008. They have one son, Conor Jack McGregor Jr., who was born on May 05, 2017. 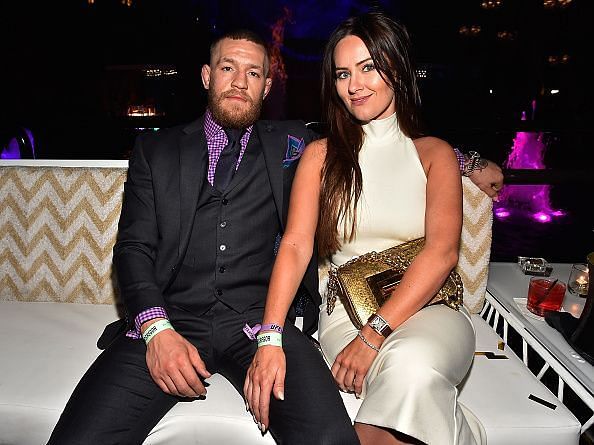 Who won the Mayweather vs McGregor Fight?

Who won the McGregor vs Khabib Fight?

McGregor was dominated by Khabib from the beginning of the match. The two put on a show, but in the end, Conor McGregor had to tap out of the fight ending it early in the fourth round.

How much is Conor McGregor net worth?

5 possible next opponents for Nate Diaz after UFC 263

5 possible next opponents for Nate Diaz after UFC 263

5 UFC fighters who take pride in their fashion sense

5 UFC fighters who take pride in their fashion sense

For how much money did Conor McGregor buy The Black Forge Inn?

For how much money did Conor McGregor buy The Black Forge Inn?

5 times that Nate Diaz embarrassed his opponent in the UFC

5 times that Nate Diaz embarrassed his opponent in the UFC