Just in case you didn't know, Asuka and Nikki Cross recently teamed up together on the latest episode of WWE RAW to face Charlotte Flair and current RAW Women's Champion Rhea Ripley in a tag-team match.

Not only did Asuka and Cross win the match, but it was Cross who got the victory for her team by pinning Ripley, becoming the first woman to pin The Nightmare since her RAW debut.

Cross recently tweeted out a series of old photos from her 2014 match. The seven-year old photos are from Cross' match with The Empress of Tomorrow at SHIMMER Wrestling:

Judging by Nikki's tweet, it's safe to assume that both she and Asuka share quite the history. Now that they are both on the same brand, it remains to be seen if their partnership can pay dividends in the form of tag-team gold.

Asuka seems to be enjoying her newly-formed partnership judging by the tweet that she put out a few days ago.

The second-ever Women's Grand Slam Champion photoshopped her and Cross' faces on Batista and John Cena's bodies respectively along with the WWE Women's Tag Team Championships in their hands.

Both superstars have held the Women's Tag Team Championships in the past and it remains to be seen if they can capture them again.

Asuka and Nikki Cross' time together in WWE

While Asuka and Nikki Cross currently seem to be allies on the red show, this was not the case a few years ago on NXT. After both superstars made their way to WWE via the company's black and gold brand, they embarked on a feud for the NXT Women's Championship.

Asuka was the champion enjoying a record reign when Cross challenged her for the title in WWE's first-ever Last Woman Standing Match on the June 28, 2017 episode of NXT. 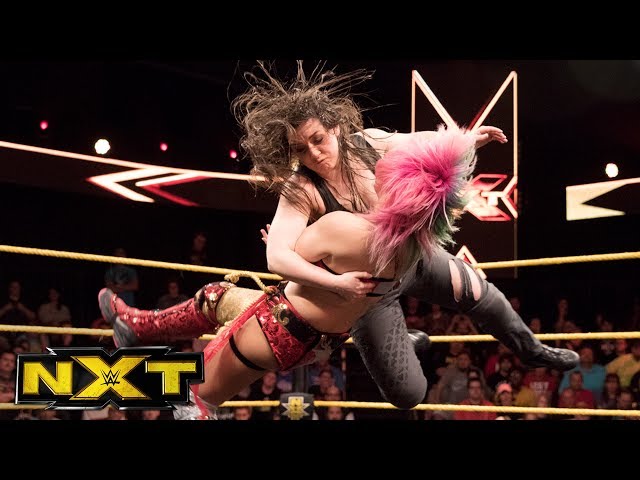 Asuka retained her title in the impressive bout but Cross also garnered praise from fans and critics.

We have to wait and see whether the two women will continue their partnership or reignite their rivalry from NXT.

To stay updated with the latest news, rumors, and controversies in WWE every day, subscribe to Sportskeeda Wrestling’s YouTube channel.